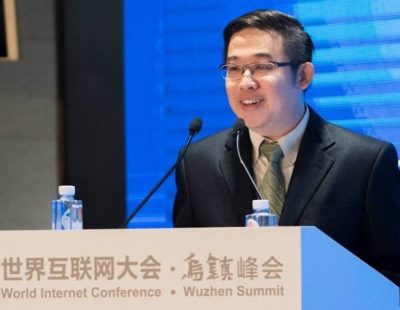 We are pleased to welcome Nicholas Khoo as ambassador of the Masters of AI to Singapore.

In Nicholas’ diversified career, he has worked directly for Fortune 500 CEOs, led Asia Pacific (including China and Japan) for a consulting and services team in Visa, a media-focused private fund, and has most recently been involved with gaming and esports marketplace yup.gg as co-founder.

Nicholas has also shared the stage with major global leaders when he was invited by the Communist Youth League to speak at the 4th World Internet Conference a.k.a. the Wuzhen Summit. He has also shared his views at the Gateway Gulf Investment Conference in 2018 under the patronage of His Royal Highness Crown Prince Salman bin Hamad Al Khalifa as well as the Misk Global Forum in 2019 hosted by His Royal Highness Crown Prince Mohammed bin Salman. Nicholas has also been invited to judge the TSIA Recognized Innovator Awards in California, the ASEAN Youth Creative Industry Fair and led a national delegation to the Nanjing Youth Olympics on the invitation of China’s Vice Premier Liu Yandong.

Besides serving on the board of tech and media companies, he is also Advisor to the board of the Global Esports Federation who counts Tencent as Global Founding Partner.

A father of three, Nicholas is a Fellow of the Singapore Computer Society which recently launched the Artificial Intelligence Ethics & Governance Body of Knowledge. He has also been honored as both a Friend of MCCY and a Friend of the Ministry of Social and Family.

MASTERS OF AI is your Human link & Network of Competencies to the world’s top specialists in Artificial Intelligence.

We use cookies to ensure that we give you the best experience on our website. If you continue to use this site we will assume that you are happy with it.Ok